Flammable facade cladding, incorrect fire ventilation, no sprinkler system, dubious evacuation strategy and fire doors which only held for 11 minutes. There were problems all round when Grenfell Tower caught fire in summer 2017 and 297 people were trapped inside. The latest information about the fire has been revealed at a recent conference hosted by DBI – The Danish Institute of Fire and Security Technology.

Two and a half years after the catastrophic fire at Grenfell Tower in London, which claimed 72 lives, work on the final report is still ongoing. In the meantime, new information is constantly coming to light and contributing to an overall picture of how things could go so wrong. The latest information has been presented at a conference at DBI.

At the conference, it was once again established that the fire started in a fridge-freezer in a 4th floor flat. The fire services arrived after 6 minutes, quickly extinguished the fire and were on their way back when they noticed flames on the exterior of the building. Shortly afterwards, a resident on the 21st floor of the block reported signs of fire. A few minutes later, a resident on the 14th floor reported smoke inside their flat, and immediately afterwards the fire reached the roof of the 23 storey high residential block. It can thus be concluded that the fire leapt 19 storeys in just 30 minutes.

What had happened was that the fire had reached the facade via the kitchen window at the point where the fire originated and had travelled to the other side of the building and into a bedroom there. That the fire could spread so quickly was due to the fact that the kitchen window reveals were made of uPVC, which became soft and bent from the heat from the fire. This created an opening into the external wall and allowed flames and hot gases to enter the cavity between the building's insulation and the facade panels, which were a sandwich construction with aluminium on the outside and a polyethylene core.

A chimney effect in the cavity caused the temperature to rise very rapidly. Fire stops mounted in the facade did not work, so the fire was able to move upwards. As the window sashes and frames were of flammable plastic materials, they melted and caught light, after which the fire was able to penetrate into more flats.

- No-one had imagined that a fire would enter the building from the outside. It was thought it would be the other way round, said John Briggs of Britain's National Fire Protection Association (FPA), who has participated in the work on one of the Grenfell reports.

A string of problems

But this was not the end of the chain of unfortunate events. The ventilation system in the stairwell also failed to work as it should. Moreover, it was only designed for extracting smoke from one floor at a time, as the assumption was that a fire would only come from one flat. Subsequent testing of the fire doors in the building shows that they could only withstand a fire for 11 minutes.

- The evacuation strategy also had a role in the number of fatalities. In accordance with the so-called 'stay-put' policy, residents were instructed to stay in their own flats as long as they were not on fire. The flats were designed to prevent fire spread, and it was wished to avoid hundreds of residents heading down a narrow stairway while firefighters were on their way up, Briggs explained.

Only at 2:35 a.m. – one and a half hours after the fire services were called out – did the fire control centre change tactics and began to ask residents to leave the building when they rang the emergency services. At 8:00 a.m. the last surviving resident was evacuated.

Investigations have shown that at least the smoke alarm system worked as it should.

Would a sprinkler system have helped?

One of the subsequent questions has also been whether sprinkler systems would have made a difference. Here the experts behind the reports are somewhat in doubt.

- As the fire services had already arrived after six minutes, sprinkling would have made no difference.

After the accident, sprinkler systems were installed in all high-rise buildings in England. This took nine months and cost 9 million pounds.

The official report indicates that there is strong evidence that the building's external wall construction did not meet the requirement for adequately preventing fire spread in relation to the height, use and location of the building. The British Government has thus commissioned a second report to define the regulatory changes needed to prevent similar accidents. However, the government denies any responsibility and refers to incompetence among those involved as the cause of the disaster. According to John Briggs and the FPA, however, the problem is that building legislation is out of date.

- We have not had a proper review of UK building regulations for more than 15 years. Modern building methods mean you can build pretty much what you want, because the building legislation does not compel you to do so in a specified safe way. No-one checks that the components for preventing fire spread are made properly, and the legislation does not touch on how to produce them, Briggs said, stressing that construction players will not change until they are forced to do so.

The final report with recommendations for changes is expected to be completed by the end of 2020. 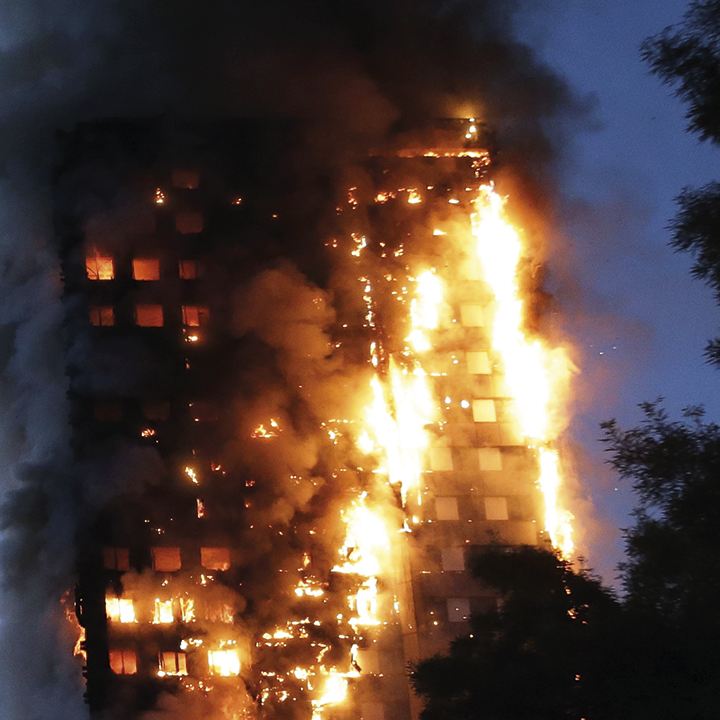