It is not perfect, but it is a big improvement. A draft proposal has been put forward for a common European standard for testing building facade systems, and even though it has some flaws, there are grounds for optimism.

The discussion surrounding a common standard for the fire testing of facade systems in Europe is not new. And recent events have fuelled the debate. This is both due to the fire in Grenfell Tower in London and also a draft proposal for a common standard that RISE (Research Institute in Sweden) has developed in collaboration with a consortium. The draft proposal has been ordered by the European Parliament, among other reasons, due to industries wanting to simplify access to the European markets by having a common standard for testing and classification.

- It is a difficult process, and it took ten years to develop the SBI test. But fires involving facades in one way or another increase the pressure on the political system to take action, says Anders Dragsted, who is a fire safety consultant at the Danish Institute of Fire and Security Technology.

That pressure has so far resulted in a draft proposal for a common testing method and interpretation of the test results for facade systems. It is based on the British BS 8414 and the German DIN 4102-20 facade system tests, and it also investigates factors such as falling material and smouldering fires. The first draft came out in August, and representatives from all member states were asked to provide comments on it.

More tests than necessary
The draft proposal suggests two test variants: one with a 'medium' fire impact and one with a 'large' fire impact. Additionally, the draft covers tests with and without open windows in the facade system, which gives a total of four different test variants. Based on the spread of the fire and whether there is a smouldering fire or falling materials and on the variety of the test, a tested facade system is given one or more classifications. However, it is not all test variants that allow for unlimited access to the market in all EU member states.

- The ideal solution would instead have been if the draft proposal suggested using a single test configuration with a single type of fire impact. The facade system could then be assigned an appropriate classification, depending on the results of the test. That would mean that a single test would have been sufficient, he says.

Outdoors testing is less than satisfactory
The draft proposal also suggests that the test is conducted outdoors. This may lead to problems for countries with strict requirements for companies' environmental impact, as their testing labs presumably will not be allowed to make outdoors tests after taking into account neighbours and the environment. This means that the environmental regulations of the various countries will lead to unfair competition between the test institutes across the EU.

- Furthermore, the draft proposal requires that there is virtually no wind, which is extremely rare in Denmark. The temperature must be between minus 10 and plus 40 degrees Celsius at the time of the test. Tests on either end of that temperature scale will be different. If there is direct sunlight, this will impact the test, and so will the moisture of the material. And if you cannot document that the facade systems are exposed to the same impact each time, this is not satisfactory, Anders Dragsted notes, and adds:

- Even though there are flaws and parts that might be improved in the draft proposal, it will, however, still be a big step in the right direction.
Read more 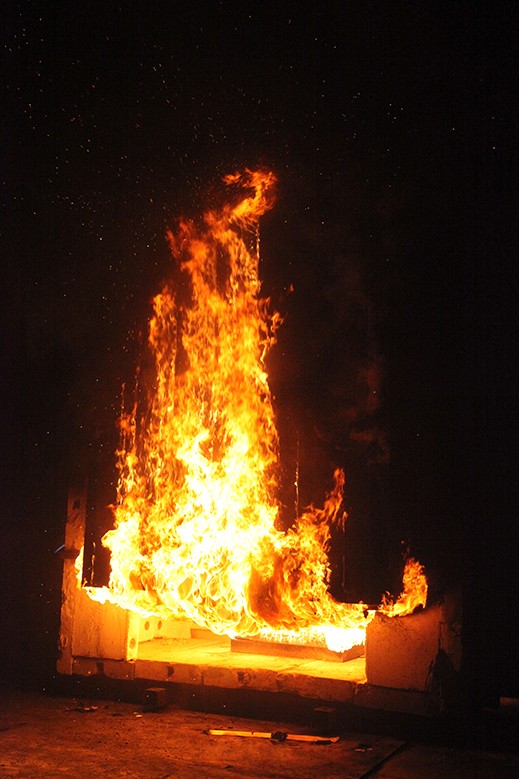